It was cold outside, but smokin’ red-hot inside the Clyde Theatre as Tech N9ne’s Independent Grind Tour 2018 burned up the stage with kinetic energy. Opening for Tech on the tour was Dizzy Wright and Futuristic. Both started off the evening with happy, positive energy and catchy thumping tunes. And, while the Ft. Wayne crowd was clearly there to hear Tech N9ne, they collectively couldn’t get enough of Dizzy and Futuristic to the point that we all wanted to hear MORE! After a quick, professional turn around, however (it was a weeknight), it was time for Tech N9ne and Krizz Kaliko. They killed from the opening video through their similarly themed set. The lighting and design elements were dynamic and the bass way beyond bumping. Both men were energized and rocked the crowd with a long set filled with favorites from their collaborative discography that spans over twenty CDs. The crowd shouted out the lyrics song after song.

It may have been cold outside, but the energy inside made the cold entirely bearable and a great time was had by all.

And, just in case you don’t know:

Tech N9ne (pronounced “tech nine”), is an American rapper, singer, songwriter, record producer, actor, and entrepreneur. His stage name originated from the TEC-9 semi-automatic handgun, a name given to him by rapper Black Walt due to his fast-rhyming Chopper style.  Tech later applied a deeper meaning to the name, claiming that it stands for the complete technique of rhyme, with “tech” meaning technique and “nine” representing the number of completion.

In 1999, he and business partner Travis O’Guin founded the record label Strange Music.

The independent underground would not be what it is today without pioneers like Strange Music co-founder Tech N9ne. Tech’s unparalleled tour schedule and signature rapid-fire “chopper” style combined with the business acumen of Strange Music CEO Travis O’Guin have molded Strange Music into the number one independent hip-hop label in the world. In less than two decades, Tech himself has earned three gold records, sold over two million albums, and made multiple appearances on Forbes’s “Hip-Hop Cash Kings” list. Tech’s multi-faceted skill set has not gone unrecognized by artists of all genres, exemplified by collaborations with such diverse artists as The Doors, Slipknot’s Corey Taylor, Eminem, and Boyz II Men, to name just a few. Everyone from Dwayne “The Rock” Johnson to Elton John has been spotted bumping Tech N9ne records, a testament to constant reinvention and inarguable excellence that has become standard of Tech’s work. It’s by no coincidence that his latest label-wide collaborative project was named Dominion – Tech N9ne will not stop until he and Strange Music have completely dominated the world of hip-hop and beyond. 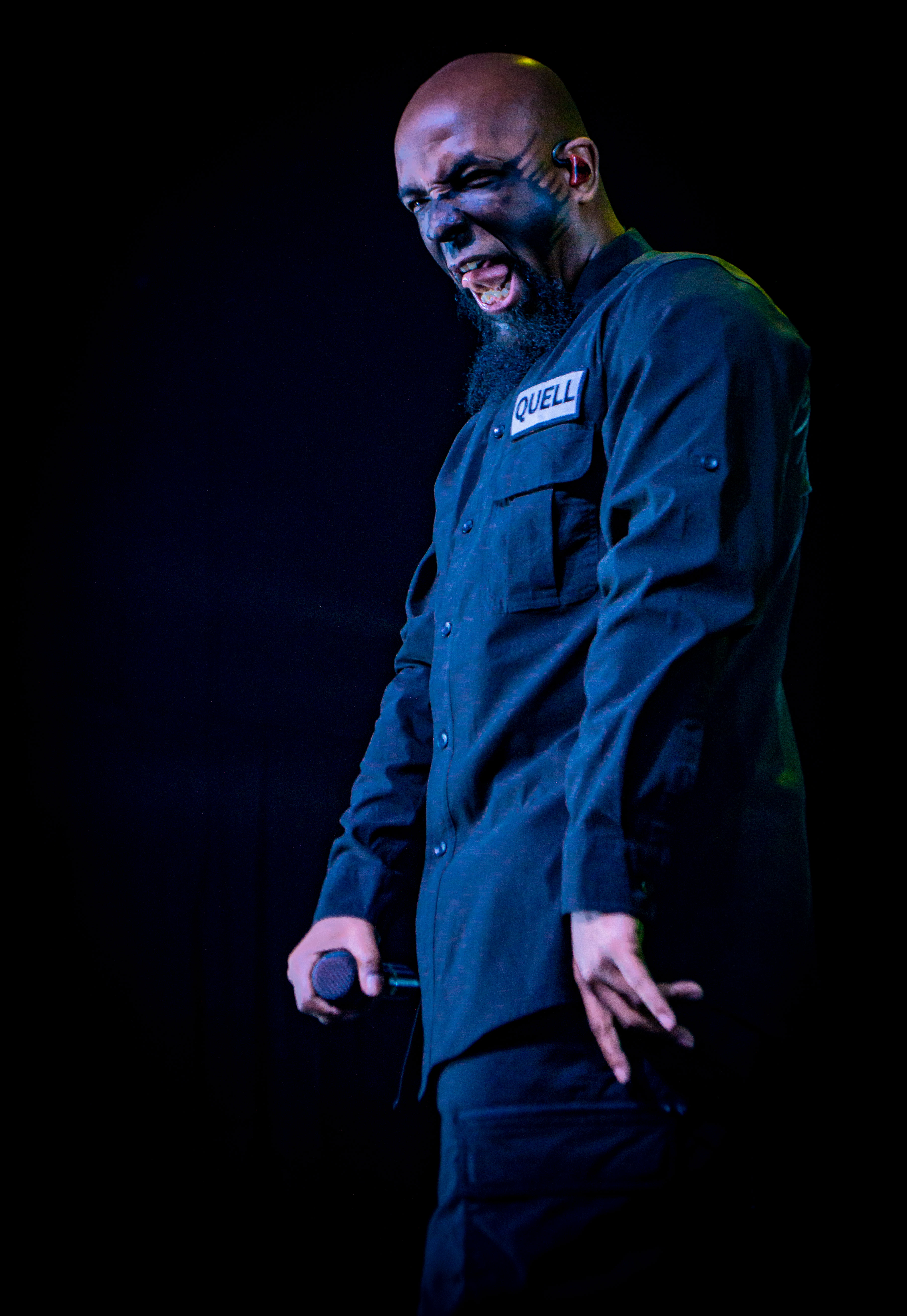